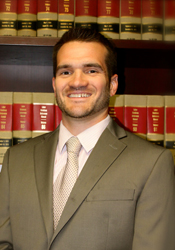 In the world of professional sports, Lucas serves as counsel to both the National Basketball Referees Association (“NBRA”) and the Professional Soccer Referees Association (“PSRA”), which serve as the collective bargaining representatives for NBA and MLS Officials respectively. He has also represented professional mixed martial arts fighters Nick Diaz and Leslie Smith as well as assisting with fighter unionizing efforts in the Ultimate Fighting Championship (“UFC”). He routinelyrepresents nationwide labor unions in collective bargaining negotiations.

Lucas has participated in numerous speaking engagements, including as a panel member at Rutgers School of Management and Labor Relations and as a guest lecturer at Columbia University’s M.S. Program in Sports Management. He has also appeared frequently as a guest on several news media outlets discussing labor law issues in and out of the sports world.

Lucas also serves as Vice President of American Maritime Safety, a not-for-profit trade organization designed to facilitate the maritime industry’s compliance with applicable federal regulations. In this role, he has counseled hundreds of maritime companies relating to compliance with federal drug and alcohol testing regulations and compliance procedures. In addition, he has traveled to locations across the United States and around the world conducting seminars on proper regulatory interpretation and chemical testing procedures.