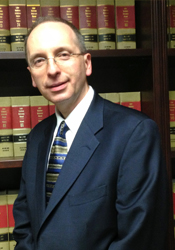 George Diamantopoulos is a litigation attorney whose experience includes all aspects of litigation including drafting pleadings, motion practice, and taking and defending depositions. His litigation experience includes litigating on behalf of both plaintiffs and defendants in discrimination cases, personal injury matters and Fair Labor Standards Act cases. Mr. Diamantopoulos also practices energy and utility law in the administrative setting before the New York State Public Service Commission. His utility work includes service as an alternate voter on behalf of a client at meetings of the New York Independent System Operator. Mr. Diamantopoulos is also an advocate in the arbitration forum. Also Mr. Diamantopoulos has extensive experience in handling representation disputes before the National Mediation Board. Among his additional skills are negotiation of settlements, preparation of and advising on contracts and affirmative action plans, and the creating and governance of not-for-profit entities and obtaining federal tax exemption on their behalf.

Professional Memberships: Association of the Bar of the City of New York