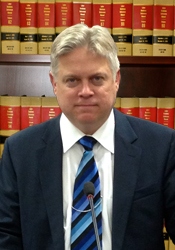 Nick Granath has over 15 years of courtroom experience in jury and bench trials, state and federal appeals, civil litigation, contested government hearings, and labor arbitrations. He regularly appears in federal courts around the nation and is based in Minnesota. His practice centers on labor and employment law, with a strong emphasis on representing airline employees. He is accomplished in all aspects of labor organization representation, including duty of fair representation (DFR) litigation, collective bargaining, contract enforcement, union and member rights, and arbitrations. On behalf of clients, he has appeared in print, radio and television media. In Minnesota he serves as a Conciliation Judge and takes criminal cases pro bono.